CLOSE ✕
Get in Touch
Thank you for your interest! Please fill out the form below if you would like to work together.

Thank you! Your submission has been received!

Oops! Something went wrong while submitting the form

Tips on being a better boss

The following is an excerpt from my upcoming book called Be A Better Boss.

No, I Don’t Want Your Monkey

When I was still new to the role of being an engineering manager, I had the great benefit of being part of a trial 360 review at the company where I worked. For those not familiar with the practice, a 360 review is a program that allows employees to receive detailed feedback from co-workers. 360 programs allow an employee to see in some detail their impact on a variety of people in their organization. This sort of a program allows an employee a more holistic view of their performance rather than focusing solely on their manager’s feedback.

As this program was new to the company, we enlisted the support of a consultant who was very experienced with administering this sort of program. The consultant was a very wise gentleman named Jerry Gardner. Through his career, Jerry had held a variety of leadership roles, and in his semi-retirement phase, he offered advice and guidance for companies beginning to implement these sorts of programs.

Jerry had also written a fantastic book called Just Ask about the challenges of interpreting feedback from multiple sources. We weren’t abandoned to the process. We were guided expertly step by step. The initial round of implementation was restricted to a short list of four managers within the company, and I was fortunate enough to be one.

This process was immensely valuable and conducted with a great deal of generosity and respect. That being said, I derived even greater value from the series of sessions that Jerry conducted with me and with the other guinea pigs who’d been part of the first pass of the program. Jerry met with us weekly and advised us in detail on how to handle specific situations with my employees. I hadn’t realized at the time how much I needed guidance for basic management skills.

One thing that stood out with Jerry was that he was always impeccably prepared. He knew the names of all of my team as well as knowing the names of my wife and children. He kept track of the challenges we’d discussed in the past and checked in on the status of ongoing conflicts between team members and their tracks toward growth. I frequently referred to my sessions with Jerry as quote "management therapy".

One of the concepts that was most startling to me that I learned from Jerry was the notion of monkey management. Monkey management is a term that originated from the classic management text, The One Minute Manager Meets The Monkey, written by Ken Blanchard, William Oncken Jr., and Hal Burrows. The centerpiece of the book is the classic monkey story. Jerry captured the story in a format that was directly relevant to my day-to-day life.

He described the challenges of a young manager in this way. An optimistic and engaged young manager starts his day with a free and open mind, ready to take on the challenges of the world. Early that morning, he encounters a team member named Jennifer. Jennifer tells him about a problem she’s facing. She wants to improve throughput on the company’s messaging platform, but she doesn’t know whether she should invest her time in a total rewrite of this critical path code or whether she should attempt to carefully refactor the code to minimize the risk associated with this change.

The young manager recognizes this as an important decision, and he has the best of intentions in helping. He thinks to himself, the CEO of this company has entrusted me with the great responsibility of leading this technology team, and I want to solve this problem in the best way. He knows that he doesn’t have enough information to make the decision immediately, and he doesn’t want to lead a bright, conscientious team member astray. So he tells her that he’s going to think about this problem and get back to her with a recommendation. He’ll just need to do a quick review of the code himself to have a more informed opinion.

In Oncken’s classic metaphor, that’s the moment that a monkey has leaped from Jennifer’s back to his. As he goes through his day, he talks to one employee after another. They respect and value his opinions, and they also fear the consequences of a mistake. So this manager goes through the day collecting monkeys. By the end of the day, his staff is free and unburdened. And idle.

Meanwhile the manager has become the blocker for every important decision, and his team has become disempowered and lost a major opportunity for growth. And he’s buried under a huge pile of metaphorical monkeys.

Tailoring the story for me and my specific role probably wasn’t necessary to get the point across, but I could feel my face widen into a smile with each word.

My preconceptions about management were all wrong. I thought that my value to the company was driven by my technical knowledge and skills. In my previous role, I’d been the most knowledgeable person and provided guidance when solving technical problems. I assumed that moving into a management role meant that I was to serve as an alpha geek.

I thought that my job was to be the smartest person in the room. What a terrible way to manage!

I was being nudged gently towards the realization that I was consuming too much oxygen in the room, that I was depriving my team of opportunities to learn and lead and grow. I was impeding the progress of the company by requiring decisions to stop at my desk. And I was unwisely burdening myself with a long and intractable list of problems. I was doing everything wrong.

Jerry also unpacked some of my false assumptions about what a successful manager should look like. He pointed out that I tended to have a line of people standing outside my office. In my naivety, I thought that was a sign of my great value. People counted on me, leaned on me for advice. They needed me and respected me. While that may be great for building your ego, it’s simply not an effective management style.

He challenged me to imagine a different picture of success. A successful leader is focused on long term strategy and the growth of the team. The successful manager has an empty desk and a clear mind. The team isn’t lined up outside the manager’s door — they’re engaged deeply with problems. In short, they’re doing their jobs.

To help them do their jobs well, I was reminded that they needed to be given some trust and some control. Everyone at every skill level desires control over the content and the timing of their work. If you believe that your job as a manager is to dictate a solution and to provide a timeline for completing the work, then my sincerest hope is that you’re managing a less complex life form than a human being.

I’m going to circle back to that point because it’s a key one and it’s so easily forgotten. Every individual, no matter their talents or skills, will thrive when they are trusted and valued. I had seen some signs in my team of burnout and disengagement. In every case that I examined, the team member had, voluntarily or not, ceded control of the content or the timing of their work.

Of course, you can’t always start with full trust from day one. Employees must be trained and developed. But the very definition of effective training is to bring your team to a place where they can accomplish tasks without direct supervision.

Some deadly phrases that point to a path of failure:

Some useful phrases that point to a path of success:

When an employee comes to you and describes a concern, your job is to listen and give advice. Ask for their opinion. Encourage them to think through the challenge and come back with their own suggestion.

My fear of change led me to ask myself whether I was abdicating my management responsibilities when I let team members solve problems without dictating a solution. As I grew, I learned that my job was to hire great people and help to uncover their greatness. That’s the job of a manager, and it’s quite a rewarding accomplishment when you see it work. With every step I took in that direction, the team showed more and more satisfaction in their work.

Leave their monkeys with them, and watch their confidence soar as they tackle problem after problem. 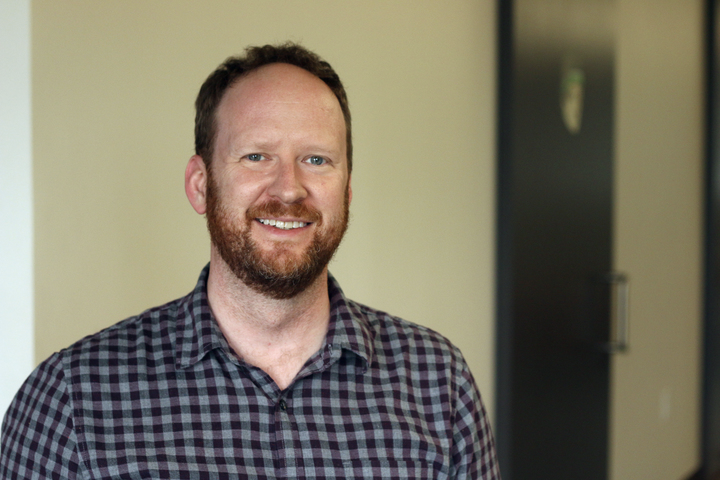